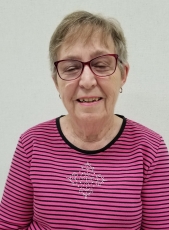 Judie retired from the corporate world in 2003, having worked in executive administrative positions with Alcan, Bausch and Lomb, and BIC Canada. She and her husband Ed moved to Brighton in 2003, and Judie quickly became involved in community volunteerism, serving on the Board of the Codrington Community Association. She joined the Board of Directors of the Brighton Health Services Centre in 2006, serving as its Secretary until 2017. In May 2017, she was named the first Chair of the Brian Todd Memorial Community Fund. She also continues to work in a secretarial capacity with the Brighton-Quinte West Family Health Team. Judie and her husband now reside in Consecon.

Lorie was born and raised in Peterborough. After serving in the Canadian Armed Forces and travelling extensively, she and her husband Wes settled in Brighton in 1997. She started Mrs. B’s Country Candy in 1999. She has given her time as a Director and President of the Brighton DBIA and has been a long time member of the Brighton-Cramahe Chamber of Commerce.

A former commissioned officer in the Canadian Armed Forces, Bruce has held several accounting and general management positions in the private and public sector. A resident of Brighton since 1998, he served as Treasurer on the Board of Directors of the Brighton Health Services Centre from 2003 to 2017. He is a former Chief Administrative Officer for the Municipality of Brighton, and has been active in community initiatives, including physician recruitment, and Treasurer of the Codrington Community Association.

Pamela has lived in Brighton since 1993. A teacher at ENSS, specializing in Native Studies and Sociology, she retired in 2018. She, along with her Grade 12 students, introduced the annual Relay for Life event to Brighton in 2008, and she has offered her time and talents to several community organizations, including the Applefest Committee, food and clothing drives, and the Syrian Refugee Committee for Education. Pamela is particularly passionate about raising Aboriginal awareness, and initiated the annual ENSS Indigenous Celebration event.

Born in Trenton Memorial Hospital, Sherry is an ENSS alumnus. After a brief period away, she and her husband returned to Brighton in 1985 to raise their family. Her early community involvement in the 1980s and 90s was centred around environmental issues. She founded the Brighton Environment Group and represented Brighton on the Northumberland County Waste Management Committee. Since 2013, she has managed the Brighton-Cramahe Chamber of Commerce. In her role as Chamber Manager, Sherry appreciates the opportunity to be involved on several boards and committees that impact many aspects of community life.

After 41 years of working in Finance for the General Electric Company, Wayne and his wife Joan moved to Brighton in 2006 for the “Good Life”. He has remained actively involved in the Brighton community, serving as Treasurer for the Downtown Business Improvement Association, as a Director for the Horticultural Society, and has provided assistance to other local not for profit organizations. He has also served on municipal committees, specifically Economic Development and the Rose Ellery Park Committee. 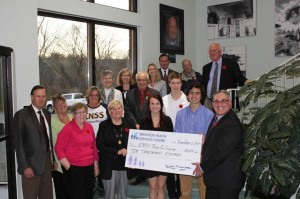 Since its establishment in 2009, the Brian Todd Memorial Community Fund (originally known as the Community Health Grant Program) has awarded $491,715 to 42 community organizations and projects.

Apply for a grant

Grants have supported the purchase of kitchen equipment for community halls that run meal programs, medical equipment for our local hospitals, nature camps, sports equipment for children and renovations supportive of accessibility.

We are committed to supporting community organizations which seek to improve health and wellness for Brighton residents and develop community assets that enhance recreation, safety, accessibility, and the local environment.